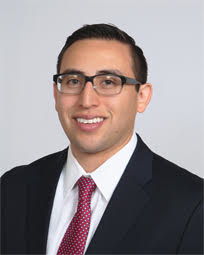 Daniel B. Ysabel is the founding attorney and principal at the Law Offices of Daniel B. Ysabel APC. He was born in Los Angeles, California and raised in the San Gabriel Valley. He is a third generation Mexican American and second generation workers’ compensation attorney. From a young age, Mr. Ysabel heard his calling to defend the underprivileged in his community.  While in law school, Mr. Ysabel worked with indigent families at the East Lansing Rental Housing Clinic.  Upon his return to Los Angeles, Mr. Ysabel volunteered his time at the LA County Immigration Legal Assistance Project.

In practice, Mr. Ysabel has continued this service by being an advocate for injured workers’ rights. Prior to entering private practice, he was an associate attorney at a reputable applicant attorney firm in Los Angeles. Mr. Ysabel has helped hundreds of injured workers navigate the complex workers’ compensation system. His experience in litigation and negotiation have helped him to obtain the maximum compensation for each of his clients.  He has successfully litigated numerous types of workers’ compensation claims including orthopedic injuries, head and brain injuries, toxic exposure, and death cases.

Mr. Ysabel is a graduate of Pepperdine University (2002) and Michigan State University College of Law (2010). He is an active member of the California Applicants’ Attorney Association, Los Angeles County Bar Association and Mexican American Bar Association. He presently serves as the Secretary and Executive Board Member of Latino Comp.  He is admitted to practice in the State of California.  He is fluent in Spanish. When he is not working, he enjoys spending time with his wife Lorena and daughter Alessandra.